Whilst back in England this month we took a day trip to Stamford one day and our final stop was Burghley house which has been portrayed on screen a few times. As well as featuring in the BBC TV adaptation of ‘Middlemarch‘ (1994) it has also starred in films like ‘Pride & Prejudice‘ (2005) and ‘The Da Vinci Code‘ (2006) with the latter being my main reason of interest for visiting. The interior of ‘Castel Gandolfo’ as well as Saunière’s retreat in the flashback scenes were filmed at this stately home. In the former it was used as ‘Rosings’; the palatial home of Lady Catherine de Bourg played by the legendary Dame Judi Dench. England’s greatest Elizabethan house is a hefty £12.70 to get into but its free to wander the vast area outside which is exactly what we did. 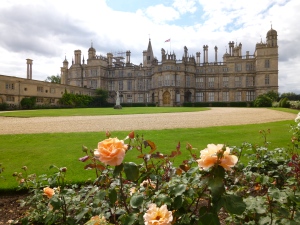 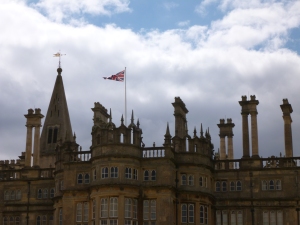 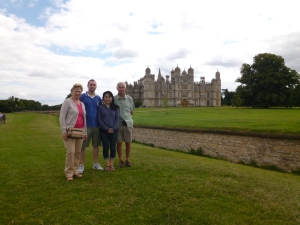