After a six year hiatus the James Bond franchise returned in 1995 with Irish actor Pierce Brosnan at the helm as the series was modernised a bit in the wake of the dissolution of the Soviet Union and the end of the Cold War and this ended up providing background for the plot.

Following opening scenes in Switzerland (filling in for the USSR) and Monaco, the capital of England appears as we see the debut of the MI6 building, Vauxhall Cross (below) at 85 Albert Embankment. It would go on to appear in ‘The World Is Not Enough‘ (1999), ‘Die Another Day‘ (2002) and ‘Skyfall‘ (2012) and just so you know that it really is London, a red double decker passes by in the foreground on 36 minutes. 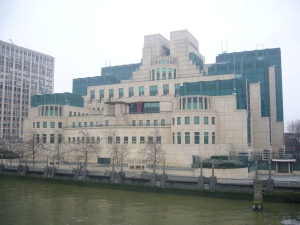 Over the decades, many world locations have been faked in Bond films and ‘GoldenEye‘ is no exception. Sure, there are a few shots of the real St Petersburg but much of it was shot in the UK in the nations capital. Somerset House (below) at The Strand on 55 minutes doubled up as Russia’s second largest city whereas in ‘Tomorrow Never Dies‘ (1997) the courtyard was seen as 007 is driven to the MI6 HQ. This place is a short distance from Temple tube station and also appears as scenery footage at the start of ‘Love Actually‘ (2003). 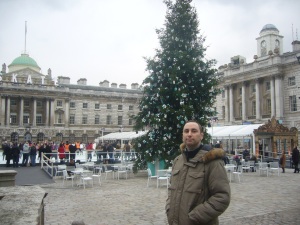 Other “Russian” locations in London to feature include Brompton Cemetry (below) on 58 minutes which is the exterior of the St Petersburg church where Natalya meets Boris by chance. This cemetery can also be seen in the Rowan Atkinson Bond spoof ‘Johnny English‘ (2003) and in ‘Mission: Impossible – Rogue Nation‘ (2015). 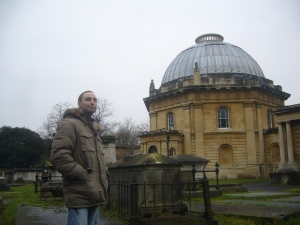 The interior is St Sofia’s Cathedral (below) which funnily enough is on Moscow Road near Bayswater Station. 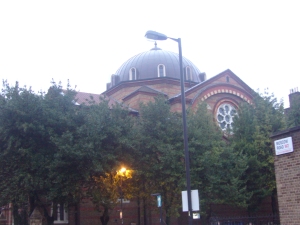 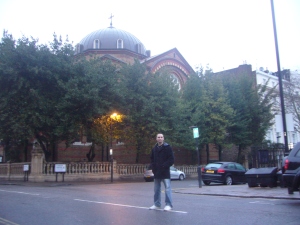 The Langham Hilton (below) at Portland Place is portrayed as ‘Grand Hotel Europe’ and is seen briefly on 63 minutes. 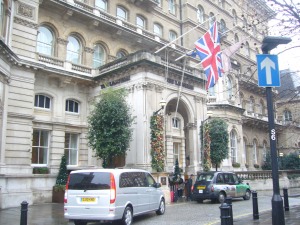 One final “Russian” location is Drapers’ Hall (below) on Throgmorton Street near Bank station. It is the St Petersburg council chamber where a General discovers that Natalya has survived the detonation. I visited here on two occasions with the first one being hindered slightly by a lot of visible scaffolding which meant I had to zoom in close to cut it out. 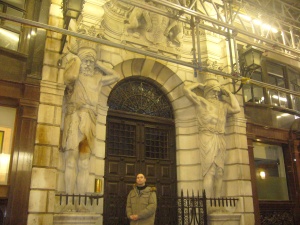 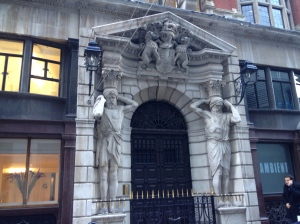 A couple of years after ‘GoldenEye‘ and this place, which isn’t open to the public, became Russia again in ‘The Saint‘ (1997) starring Val Kilmer.

For other London filming locations click on the links below: