Of the many Asian places I’ve visited over the last six years one of my favourites has to be Hong Kong which I visited during the World Cup in June 2006. Back then I slummed it at the infamous Chungking Mansions (as featured in ‘Chungking Express’ in 1994) on Kowloon whereas this time I stayed in Wan Chai on Hong Kong Island itself in much nicer accommodation which came as part of my air tickets and hotel package. No trip to Hong Kong is complete without taking a tram ride on up to The Peak, even for a guy like me who is usually on movie-themed missions only! 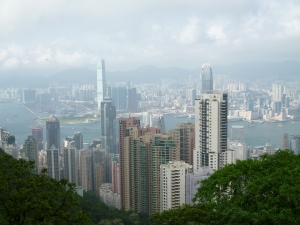 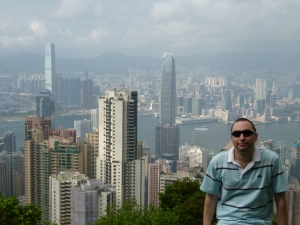 Below is the Forrest Gump bench (below) outside the Bubba Gump restaurant at The Peak.

Early evening saw me take the Star Ferry to Temple Street Night Market. Chungking Mansions seems to have cleaned itself up a bit compared to my original trip and was even lit up at night (above right). Apart from a couple of ever-so-short showers I felt very lucky to have got away with it regarding the weather given the thundery showers which had been forecast for the whole of my trip. I rounded off things by strolling along the ‘Avenue of the Stars’ which is similar to that of the Hollywood ‘Walk of Fame’ with handprints of famous people from the showbiz world of films. Ethan and I didn’t even bother going to the American one last August on our road-trip but I did wanna see the Asian stars on the Hong Kong version. These included Bruce Lee, Jackie Chan and John Woo among many others. 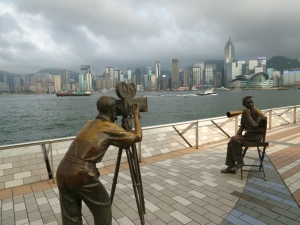 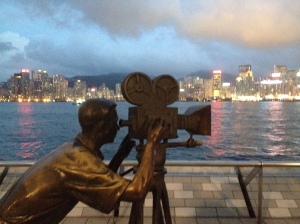 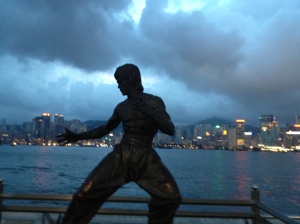 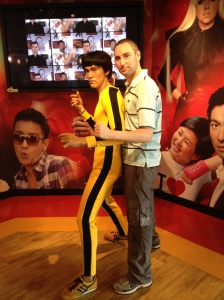 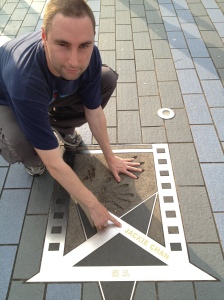 After that I took the Star Ferry back to my Wan Chai base amid the beautiful harbour views which I never really get tired of seeing. 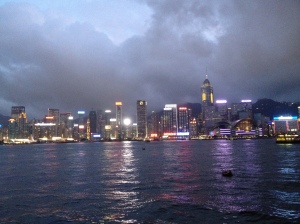