The majority of ‘Memoirs of a Geisha’ (2005) was made in the USA but director Rob Marshall did feel it necessary to bring the production to Japan to open up the movie and feel like they were in some very real places rather than on the specially built sets as you can’t replicate the age and beauty of some shrines and temples.

Fushimi-Inari Taisha is undoubtedly the most memorable location (it appears after 40 mins and again on 2hrs 16 mins in a flashback scene at the films climax) used and accompanied by John Williams’ musical score it is one of the most beautiful and visually stunning moments in the film where the young Chiyo finally has hope after meeting The Chairman for the first time. She runs through the mesmerizing red torii gates on her way to give money in prayer. 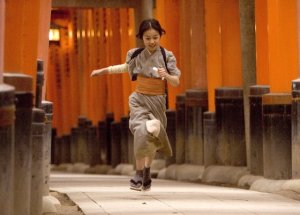 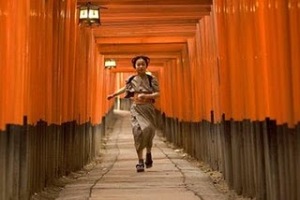 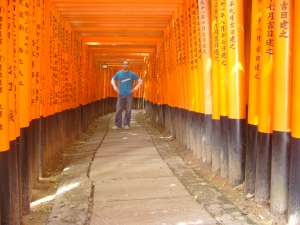 The Chairman buys Chiyo some ice-shavings and gives her money which was in the specially built L.A. set. She then runs through the Fushimi-Inari gates (above) and then a bit of film trickery is used to blend that with Yoshimine-dera temple which is actually where the young Chiyo gives awy the Chairman’s coins. This temple is a 3o minute bus (#66) ride away from Mukomachi station and the sanmon temple gate (below left) is the first time we see it on screen. Chiyo runs through it (40 mins into the film) and on up to the Kannon-do main temple where she gives her money in prayer before ringing the bell (below right). We see that from inside the temple before the camera pans out and then moves back in over the roof. 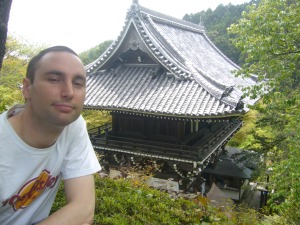 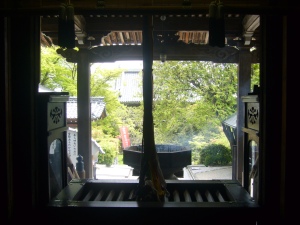 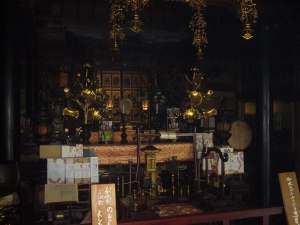 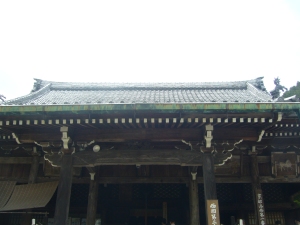 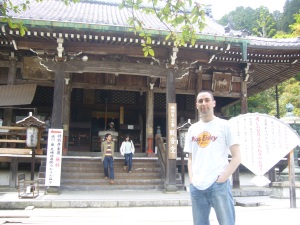 The three storey pagoda is at Kiyomizudera temple and features a few times (16 mins, 31 mins, 1hr 32 mins) between scenes in the film; usually just to show that a new day or season has begun. 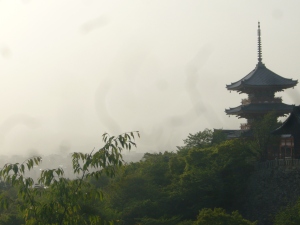 The bridge below appears briefly in the final moments (2hr 10 mins) of the film. It is in the gardens of Heian-jingu shrine which I had never entered on my two previous visits to the shrine and very beautiful they were. 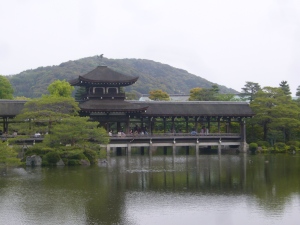 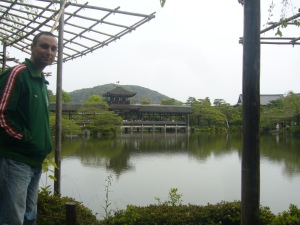 The real Gion in Kyoto appears (below) for a couple of seconds directly after we see the Heian-Jingu garden bridge at the 2hrs 10 mins mark of the film. 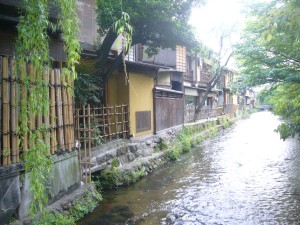