The Japanese release of this new installment in the Terminator franchise was for once only a couple of weeks after the western world and having bought my ticket in advance a few weeks ago (saves 500 yen!) I went to see this reboot of the Terminator series on Sunday with a work colleague.  It has to be one of the noisiest films I’ve ever seen, full of gunfire and things blowing up. Inevitably I enjoyed it though to be honest I don’t think it will live too long in the memory. Furthermore, I can’t really see it being so appealing to the casual cinema-goers who aren’t really Terminator fans. I love what Christian Bale has done to help rejuvenate the Batman franchise which had become a bit of a joke but his fellow actor Sam Worthington stomped all over him in this one with a big metal foot. Also, nice to see that there was no mis-placed humour though this could be debated with the famous lines ‘Come with me if you want to live’ and ‘I’ll be back’ included as almost throwaway lines. There was also the appearance of a certain Austrian former body builder albeit in CGI form as his Governor of California duties meant he was too busy to film a cameo. Given his age that was maybe for the best.
You can see my photos of the Terminator Exhibition in Odaiba here. 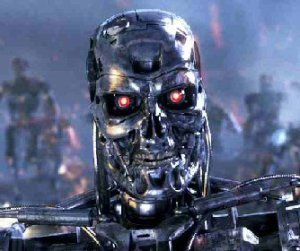 No this entry isn’t about letting rip in class but using top trump cards as a tool for learning. After making some James Bond actor profile flashcards a few months ago (featuring their age, hair and eye colour and height) for a comparatives and superlatives lesson I got the idea that trump cards might work in lessons. Subsequently, I went on ebay and bought five sets of cheap top trumps (three lots of ‘Star Wars’ and two of ‘The Simpsons’ if you must know!) which I got sent to Japan. Given that the Simpsons aren’t well-known here I have only used the ‘Star Wars’ ones. I teach a couple of young private students (separate lessons) who are both young ‘Star Wars’ fans so I have used the top trumps cards with them as a warm-down fun activity to make sure they leave the room on a high rather than having just been told what their homework is which is not an ideal way to finish a lesson given the negative connotations often associated with the dreaded ‘h’ word. Some of the items such as ‘dark side’ and ‘force factor’ have to be ignored but the likes of brains, jedi powers, battle skills and of course height can be used to practice the target language review (.i.e. Chewbacca is taller than Darth Vader, Han Solo is more skillful than Luke Skywalker, Obi-Wan Kenobi is more powerful than Princess Leia and so on). I only wish I could now find a way to incorporate ‘The Simpsons’ ones into a lesson but maybe some of the items up for comparison are not so suitable. By this I am referring to personal hygiene, shamelessness, huggability and prone to mayhem. Then again, maybe eliciting something like ‘Homer Simpson is more prone to mayhem than Chief Wiggum’ isn’t so bad after all! 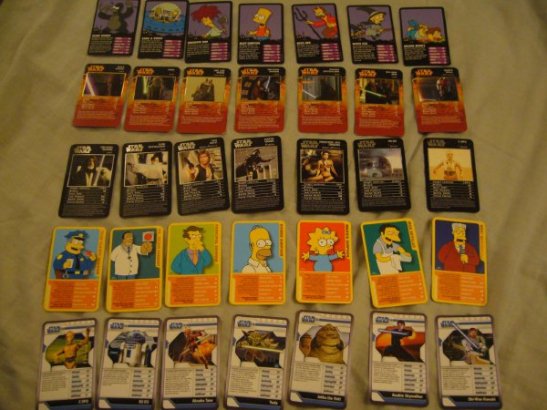